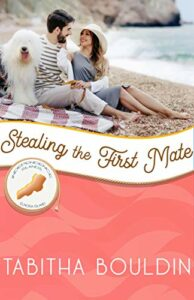 Sometimes, happily ever after is as elusive as a pirate’s treasure.

Darcy Riggins dove headfirst into the online dating pool and sank. Every time.

Her lifelong dream of becoming a wife and mother becomes more elusive every year. So, taking the lack of a Mr. Right in her life as a decided “No!” from God, Darcy gives up altogether.

Single and happy is not an oxymoron. Right?

Nigel Jones has loved Darcy for ages, but her father (his boss, of course) ordered him to keep his feelings to himself, thanks to a stupid mistake that Darcy (thankfully) doesn’t know about.  Too bad her dad does.

Being single and content turns out to be tougher than Darcy imagined, and when she begins doubting everything she’s ever known, Nigel decides it’s time to admit his mistakes, tell the truth, and trust God for the outcome.

In this “forbidden-love-meets-friends-to-more” novel, Stealing the First Mate continues the Elnora Island romances of the Independence Islands Series featuring five islands, six authors, and a boatload of happily-ever-afters. 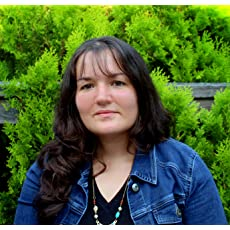 I love the friends-to-something-more trope. There’s something invigorating about the challenges of stepping into a different kind of relationship with someone you already know and trust. The risk of losing the friendship if things go badly comes to the forefront and each character has to decide if they’ll take the risk or keep things as they are.

For Nigel and Darcy, there’s the added difficulty of Nigel’s unrequited love. They’ve been best friends forever, and he’s loved Darcy all that time. And she’s clueless! How does that happen?

I wish I could say this story came from my own experience, but that isn’t the case. While my husband and I knew each other for several years before we started dating, we were hardly friends. High school social circles are brutal things. Plus, he had a crush on my cousin, and I was dating someone else.

But it all worked out.

When it came time to write Stealing the First Mate, I knew Nigel and Darcy were friends. It wasn’t until I worked my way through the first chapter that the depth of their relationship started to emerge, and I realized they were best friends. Darcy runs to Nigel for advise (even dating advise, which became really awkward for Nigel).

Darcy has been looking for Mr. Right so long she can’t see the truth staring back at her in Nigel’s eyes.

Writing their story is one of the most enjoyable experiences I’ve had in writing.

In this book, We meet Darcy and Nigel. Darcy has not had very much luck in the dating market. She has failed miserably. Nigel, who works for Darcy's dad has been in love with Darcy as long as he can remember, however, her father has told him it will never happen. Because of this Nigel does not feel he is worthy. However, the two are friends. Nigel buries the feelings that he has for Darcy and tries to move on.

The author has written some real feeling characters. They are flawed. They have pain from their past - they have scars. The author has the characters evolve throughout the book - especially Nigel. He decides to trust God and let him lead him. I love the forbidden romance.

The characters are well written - the storyline is engaging, sweet and unique. I look forward to more from this author.

I received a copy of this book through the Celebrate Lit blogging Program, all thoughts are my own.

Because I said so — and other adventures in Parenting, June 21

For Him and My Family, June 22

Reflections From My Bookshelves, June 27