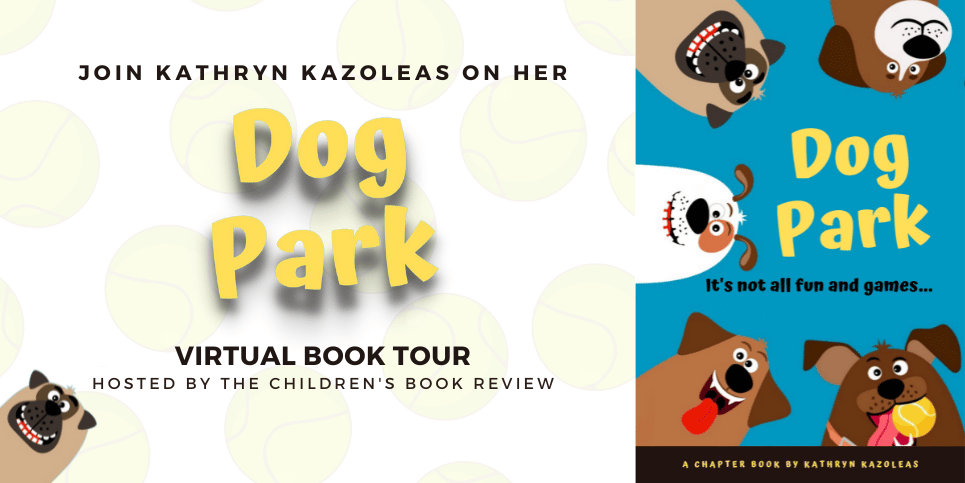 It’s a day at the dog park gone terribly wrong!

To learn more, follow along on the virtual book tour and enter the giveaway below for the chance to win an autographed copy of Dog Park and its sequel Dog Daycare!

Publisher’s Book Summary: Gibson the Labradoodle is about to begin her first day of training to become a dog park ambassador, something she has been dreaming about her entire life. Dog park ambassadors hold a very high honor within the dog park community and have many important roles to make sure the dog park is a fun and safe place to be. She has so many great ideas and cannot wait to get started.

While Gibson is training alongside lead ambassador and trainer, Meistro the bulldog, things don’t go as planned. Gibson meets challenge after challenge and isn’t allowed to introduce any of her new ideas. Being a dog park ambassador isn’t what she thought it would be, so she starts to question whether the role is really for her. At the end of her very first training shift, and just as she’s about to give up and tell Meistro she isn’t cut out to be a dog park ambassador after all, there’s an emergency at the river. One of the dog park’s new puppies, Clover, has swum too far out and cannot get back to shore.

Gibson’s best friend and greatest supporter, Stretch the dachshund, convinces her she must help. Gibson springs into action, with Stretch at her side and encouraging her the entire time. Gibson saves the day…almost! Having been swept downstream and far away from the dog park, Gibson is forced to lead the trio back to safety. There’s only one way back through a dark forest with strange sounds and smells. The sun is starting to go down and everybody is tired and scared. But Gibson knows she has to get her friends back home, despite what or who gets in her way. 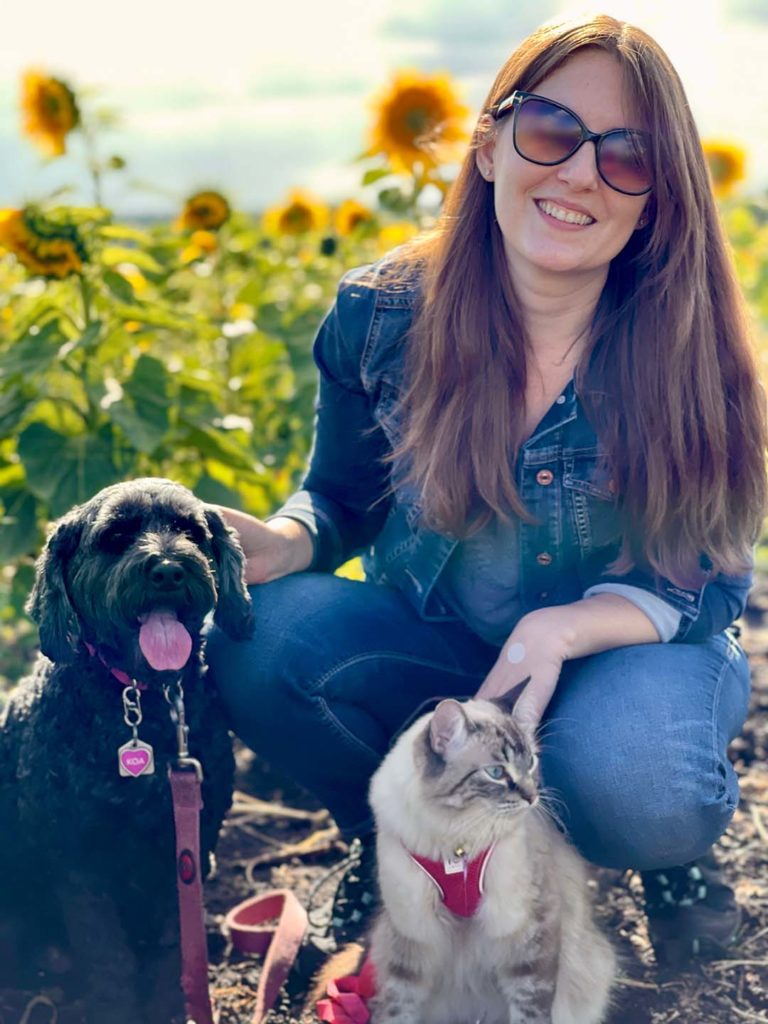 Kathryn Kazoleas is a Canadian author. Her furry roommates and copy-editors Keeva the cat, as well as Koa and Freddy the labradoodles, inspire her stories every day. The way they see and experience the world inspires her to dream up and express what she can only describe as fun, chaotic, and innocent adventures. Kathryn has been writing for many, many years, with her most recent work being the middle-grade chapter books “Dog Park” and its sequel “Dog Daycare”. Her short story “Just Be There” can also be found in Chicken Soup for the Soul’s “My Hilarious, Heroic, Human Dog”.

Dog Park is a fun chapter book that is written by Kathryn Kazoleas. This book is geared toward elementary readers. I read this story with my 9 year old son and we both enjoyed it very much.

Gibson is super excited to begin work as a dog ambassador at the local dog park. However the job isn’t all that she thought it would be. She suggests to Meistro, the lead ambassador that more play should be involved. He shuts this down.

Gibson tries her hardest to be a good ambassador but then there’s a puppy that doesn’t want to be taught the ways of the dog park. Gibson fears she made a mistake wanting to be an ambassador.

Suddenly Gibson finds herself on an adventure with a few other dogs. She finds herself leading a mission to get back safely. Will she be able to do it?

This was such a cute book. The writing is geared at those in 2nd grade and up. The chapters are short and easy to navigate.

Thank you to the author, publisher and Children’s Book Review for allowing me to read a copy of this book. All thoughts are my own.