Book Review and Giveaway - America of We the People Author: Terry Overton On Tour with Celebrate Lit

Book: America of We the People 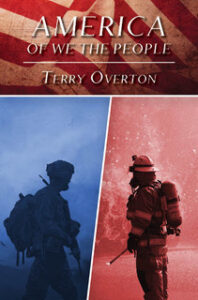 This is an inspirational patriotic Christian book for those who feel pride in the United States of America and support the Constitution and America. This is a collection of famous quotes, original poetry, short essays or musings, and Scriptural references. If you are looking to read short works of heartfelt poems, quotes, and essays valued by those who follow an American and Christian way of life, you will enjoy this book.

Topics include patriotism, soldiers who see war for the first time, September 11, 2001, Benghazi, Afghanistan, faith in America, first responders, the Vietnam and Korean Wars, and topics of the current times such as vaccine mandates, media, liberty, and identity politics.

A portion of the sales of both the paperback and eBook versions go to the Tunnel2Towers Foundation for veterans and first responders. 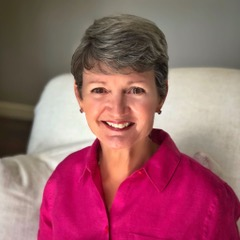 Terry Overton is a retired university professor of educational and school psychology. She has an Ed.D. in Special Education and a Ph.D. in Psychology. Her professional experience includes teaching public school, teaching at the university level, and being a college dean. She has two children and six grandchildren. Her writing and publication experiences include textbook and journal articles in the fields of special education and school psychology. She seeks to answer God’s call to share the good news and grow the church by writing Christian books and devotionals. Her book Both Sides of the Border is a Firebird Book Award winner in the categories of Cross-Genre, Socio-Political Fiction, and Women’s Fiction. Her book, America of We the People was awarded the Firebird Book Award for Socio-Political and Political categories. She and her husband live in the southern tip of Texas where they enjoy semi-tropical weather and spending time with their friends and family.

“America of We the People” is a work from my heart. Dedicated to my dad who is a three purple heart Marine Veteran who served and fought in the Korean War as well as my grandson, in the 82nd Airborne, another dear friend in the 82nd Airborne who was in Kabul the day it was bombed and we lost 13 servicemen and women (he is home now and was not injured), my son, who is a captain in the Fire Department, and other first responders, police, and military servicemen and women. It is written in memory of all who perished in war or due to direct terrorism attacks.

On the day Kabul was bombed, I watched in horror, knowing we had a loved one there. Weeks passed before we knew he was not injured and was on his way home. A poem, written for him, describes the difference between his face before and after combat. Two poems were written for my dad and were based on his stories of the Korean War and letters he received. Poems were written reflecting my own experiences growing up during the Vietnam War when we watched the names of those who were killed, injured, or missing in action, displayed on our televisions in our living rooms as we watched and prayed, we would not see the names of friends and family.  Other poems were written for leaders around the world. And, poems reflecting current events, such as the border crisis, human trafficking, and other issues we face, like the pandemic (some are satirical).

The goal of the book was to convey what seems to be facing our nation and to note concern that our country has lost sight of God. The book was written to encourage others to pray for our country.

There are famous quotes about patriotism, soldiers, wars, and leadership. Short commentaries and essays are included along with verses from Scripture.

America of We the People is written by  Terry Overton. This is a great book to read especially if you need a boot of patriotism. Our nation has been in turmoil for the last few years, and this was a great reminder to how we got to be our Great Nation. This is a collection of poems, powerful quotes, inspiring essays, and Christian reminders to our beloved United States of America.

I also loved the reflection of 9/11. I remember that day like it was yesterday. I don't think anyone that was alive for this will ever forget where they were that day. I remember I was working as a telemarketer and we just started making calls. Callers started telling us "Don't you know what is going on?? We are being attacked." I remember rushing home and putting on the news and watching non stop. I was a single mom of a 3 year old and 3 month old at the time. My then 3 year old said "Why did the planes hit the building mommy?" This book took me back to that day and all the patriotism that followed.

I have a degree in military history - I love how she touched on the American Wars. I loved the encouraging words and the way the words flowed off the pages. I will be revisiting this around Memorial and 4th of July.

She Lives To Read, March 9

Because I said so — and other adventures in Parenting, March 12

Spoken from the Heart, March 13

To celebration her tour, Terry is giving away the grand prize package of a $50 Amazon gift card & copy of the book!!