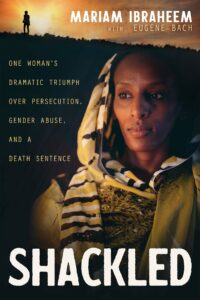 Sentenced to Death for Her Beliefs

Mariam Ibraheem was finally rising above her difficult childhood and building a new life for herself. Born to a Muslim father and an Ethiopian Orthodox Christian mother, she grew up in poverty in a refugee camp in Sudan. Her father left the family when she was only six, and her mother raised her in the Christian faith. Left without family after the deaths of her beloved mother and sister, she was beginning to move past her grief—earning a medical degree, marrying the man she loved, and having a baby boy.

But one day in late 2013, her world was shattered when an unknown relative on her father’s side reported her to the police. The authorities insisted she was Muslim because of her father’s background. She had broken the law by marrying a Christian man, and she must renounce her Christian beliefs and abandon her marriage and her son. Under intense pressure, Mariam repeatedly refused to deny her faith. She was charged with apostasy and adultery, and she was imprisoned with her nine-month-old, Martin, on Christmas Eve. There, awaiting sentence, she learned she was pregnant with her second child. A few months later, Mariam was sentenced to 100 lashes and death by hanging by a Sharia court.

Shackled is the stunning true story of a courageous young mother who was willing to face death rather than deny her Christian faith. Mariam Ibraheem took a stand on behalf of all people who suffer from religious persecution and all women who are maltreated because of their gender and beliefs.

Follow Mariam’s story from refugee camp to life under Islamic law, through imprisonment and childbirth while shackled, to her remarkable escape from death following an international outcry and advocacy involving diplomats, journalists, religious freedom activists, human rights groups, and even Pope Francis. 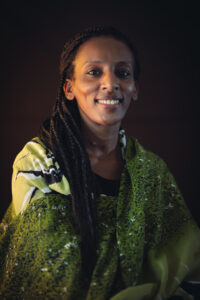 In 2014, Mariam Ibraheem of Sudan was sentenced by a Sharia court to 100 lashes for adultery because she had married a Christian man, and death by hanging for refusing to renounce her Christian faith and follow Islam. Mariam was imprisoned with her young son while she was pregnant with her second child, a daughter, to whom she gave birth while still shackled in the prison. After an international outcry, Mariam was eventually freed through the help of Pope Francis, the United States, Italy, and the embassies of various other governments. Today, Mariam advocates on behalf of others who are victims of religious persecution and also for women who suffer from the personal prison of abuse. She is the cofounder and director of global mobilization for the Tahrir Alnisa (“Setting Women Free”) Foundation, which serves women and children impacted by domestic abuse and religious-motivated violence. She also serves on the board of directors for Anti-Trafficking International.

Eugene Bach is a pseudonym for a member of the Chinese underground church who, for security reasons, does not wish to be identified. He has been working with the underground church in China for twenty years, helping them to establish forward missions bases in closed countries around the world, including Iraq and Syria. Eugene leads the Chinese missions movement Back to Jerusalem, which provides essential support for Chinese missionaries in Africa, Asia, and the Middle East, and he has written books about the underground church in China, North Korea, and Iran. His books with Whitaker House include China and End-Time Prophecy; I Stand with Christ; ISIS: The Heart of Terror; Kidnapped by a Cult; Leaving Buddha; Smuggling Light; and The Underground Church.

Shackled is the stunning true story of a courageous young mother whose plight led to international outcry on her behalf. Mariam Ibraheem was willing to face death rather than deny her Christian faith, taking a stand on behalf of all people who suffer from religious persecution and all women who are maltreated because of their gender and beliefs.

Shackled is a powerful story that is written by Mariam Ibraheem. This story made me thankful that I live in the United States and do not have to hide the fact that I am a Christian. This book broke my heart so many times. I could not imagine going through what Mariam did. Mariam Ibraheem was born in a Sudan refugee camp. Her father was Muslim and her mother Ethiopian Orthodox Christian. Her father left the family when she was only six, and her mother raised her in the Christian faith. I found this ironic - since the reason she was reported to Sudan authorities was because on someone on her father's side.

Mariam is so inspirational. She was PUNISHED FOR THE WAY HER MOTHER RAISED HER. She was told her life would be spared if she renounced her Christian faith, leave her Christian husband and abandon her child. I really enjoyed following her journey and how she stood for Christ despite all the odds against her.

For Him and My Family, March 19

Because I said so — and other adventures in Parenting, March 24

Spoken from the Heart, March 24

Little Homeschool on the Prairie, March 25

To celebrate her tour, Mariam is giving away the grand prize package of a $20 Starbucks gift card and a copy of the book!!