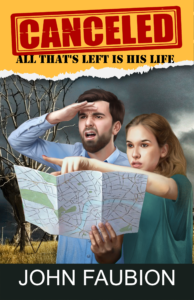 Jerold Steele has been canceled. His identity is stolen. His job is gone. Even more bizarre, the people around him are dying.

in darkness, and preys on the mind.

Facing exposure, the killer is eliminating every person that threatens him. In his world, there’s only room for one superman, and that superman is going to be him.

Brenda Neal wants to trust him, but the deaths terrify her. Is it better to hide, or fight with him?

CANCELED is a cutting-edge, page-turning thriller, a story you hope won’t be in tomorrow’s headlines.

Read CANCELED to find out what happens when the only thing that will stop a killer is Power no one never imagined. 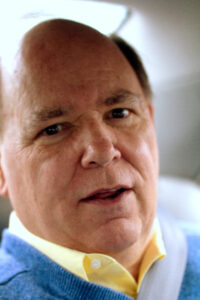 John Faubion was a foreign missionary in Vietnam, Guam and to the Chinese for nearly thirty years. Then a professional software engineer for more than twenty years after that.

He’s the father of five children, and lives in central Indiana with his wife.

Cancel Culture? This is worse.

All around us we see our culture changing, and not for the better. Sometimes it seems like all the voices we hear are filled with anger, hatred and intolerance.

There’s a reason for that:  They are all rooted (you guessed it) in anger, hatred and intolerance.

It was time to step back and look at what it’s like to be canceled, but from an entirely different source: The Supernatural.

The main character is a preacher, but one of those who does NOT believe in a supernatural god. He doesn’t know what he believes. But when he’s finally confronted with a supernatural experience he cannot deny, he finds that walking on the dark side is going to cost him his life.

The only solution, both for him and the one he falls in love with, is to know God, and get access to the supernatural weapons he never dreamed existed.

Canceled is a Christian Thriller that is written by John Faubion. This is the first book that I have read by the author. This is a book that will have you rely on your faith. Jerold is a luke- warm Christian that was going through the motions - even thought he was going through seminary. Which, most would think is an important thing to dive head first in. Things start to go downhill with Jerold.  Jerold Steele has been canceled. His identity is stolen. His job is gone. Even more bizarre, the people around him are dying. While going through all this  he starts to wonder where God can be in all of the chaos. He starts to wonder if God is even real.

Brenda is a non believer. Her father is the president of the seminary. They have been investigating all the strange deaths.  She wants to trust Jerold. But since everyone around him seems to be dying - it's hard.

The author created some well written characters. I love the lesson of dark vs light. This book focuses on spiritual warfare - when we have to fight an enemy that wants to destroy everything that represents God. It's not often that I read books that have some intense spiritual warfare. I hope to read more from this author.

For Him and My Family, April 23

Pause for Tales, May 1

Because I said so — and other adventures in Parenting, May 2

Spoken from the Heart, May 3 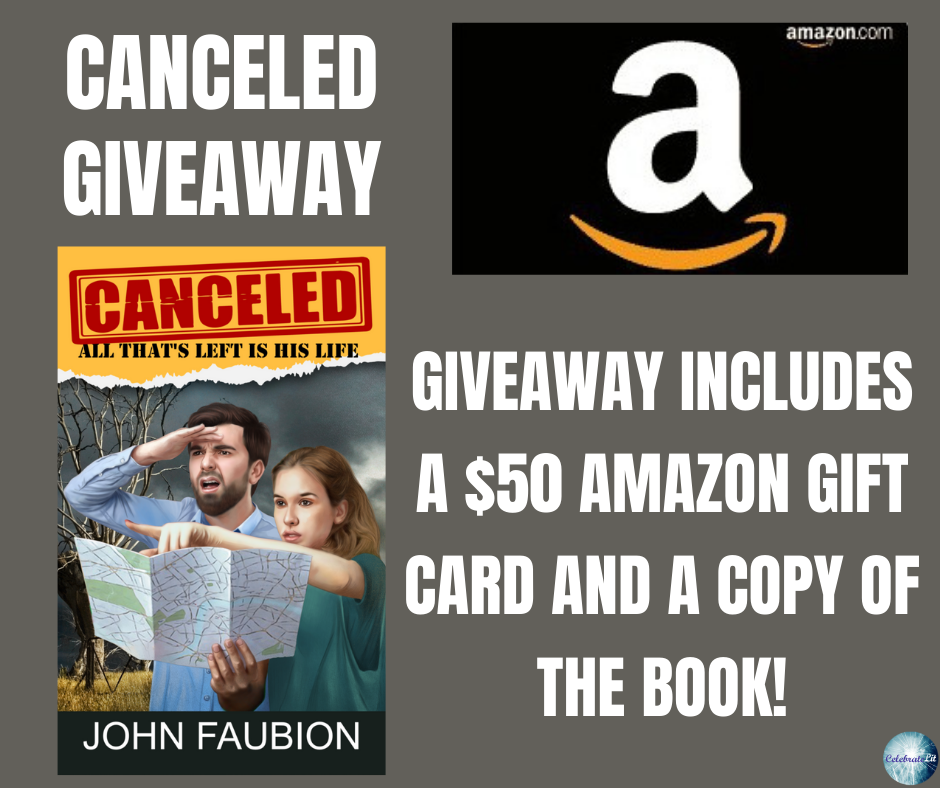 To celebrate his tour, John is giving away the grand prize package of a $50 Amazon gift card, along with a paperback copy of the book!!