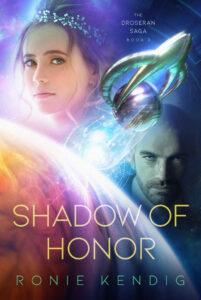 The war he fears may be the very one he’s been called to start.

Held captive, tortured by monsters of a nightmarish alien race, Marco Dusan clings to a final goal: keep these beasts from the Quadrants, even if it means orchestrating his own death. But his dreams betray that singular design. In them his bonded calls to him across lightyears. Does he leave her to fight Symmachia alone, or risk bringing an unwinnable war to every planet in the Quadrants?

On board the alien dreadnought, Eija Zacdari flounders, torn amidst military machinations, prophecies, and an inexplicable bond with one of the fearsome creatures who have imprisoned her friends. Only by uncovering the truth about an ancient conflict now shrouded in deception will she find her place.

Faced with her true identity, Eija sees her purpose snap into focus, and she realizes the war Marco fears may be the very one he has been called to start. 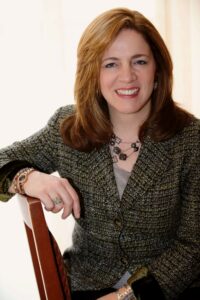 Ronie Kendig is a bestselling, award-winning author of over thirty books. She grew up an Army brat, and now she and her Army-veteran husband have returned to their beloved Texas after a ten-year stint in the Northeast. They survive on Sonic & Starbucks runs, barbecue, and peach cobbler that they share–sometimes–with Benning the Stealth Golden. Ronie’s degree in psychology has helped her pen novels of intense, raw characters.

Excerpt from Shadow of Honor

Shaken, Eija touched her temple, head still pounding from the oxygen deprivation she’d suffered beneath the beast’s attempt to crush the life from her—that and the minutes stuck in an oxygen-deprived pod. Until she figured out what had prompted the creature to release her and crouch before her, she didn’t dare move.

Insane! The docuvids of the Lavabeasts had not exaggerated. These monsters were fast, lethal, vicious. Yet . . . twice she’d been in its grip, and it’d held back from actually turning her into a dusty pile. Why?

What? What could she do against beasts that reduced people to ash with their arms?

Keening filled the ship. With bewildering speed, the other three Draegis bolted out of the bay, their thudding steps fading down the passage as they headed to the aft port, where their ship clung to the Prevenire like a remora on a shark.

Nerves thrumming, Eija glanced at Marco, whose chin was tucked to his chest again. Unconscious? Twitches of his head and hands alleviated that fear. Probably super focused on piloting the ship to the Sentinel.

So we can all die.

Right. So much for the relief she’d felt. Her gaze slid down to the immobilized Lavabeast at her feet. What was wrong with it—him? Was he more AI than biological? Had he powered down or something? Fried his neural net? What was she supposed to do?

She discarded each question as it arose. Assessed her precarious situation. The crackling and swelling of his strange skin said he was still breathing. So alive, not dead.

I can help with that.

He was also awake—glowing eye slits proved that.

Reef shifted on the deck where he’d landed after being tossed by one of the monsters, his arm hanging at an odd angle. Gray eyes came to hers, asking what neither of them could actually voice—What just happened? Why had the other Lavabeasts fled? Why had this one not killed her or left?

“Why isn’t it moving?” Reef hissed as he slowly climbed to his feet.She shook her head, still terrified of arousing the beast’s anger.Locked on the Draegis, Reef inched closer and angled toward her.

“Yeah. Sure.” Again, she again checked on Marco, who still had his head down. Maybe the other Draegis had done something to him. “Marco?” she called quietly at the same time she heard Reef suck in a breath.

In front of her, the mountain of lava erupted with a piercing howl, terrorizing her as it lunged. Like a lightning strike—a very large, fat, black bolt—it shot forward.

Shadow of Honor is book three in the Droseran Saga series. The series is written by Ronie Kendig. I have read the second book but not the first. This is a speculative fiction book. This is not my go to genre to read, but I enjoyed it. This book would be recommended to older teens. There is subjects that are handled gracefully but are more appropriate for those that are older. (IE: Intimacy and child birth)

This book contains several point of views. The characters evolve throughout the story. One of the things that I love about this author, is her ability to keep the action and suspense going throughout the entire story. This book will keep you turning pages. In this book we see Marco Dusan. He is held captive by aliens that want to destroy Dusan's world. Marco is willing to sacrifice his life to keep that from happening.

There are a lot of action scenes, lots of suspense. This book kept me engaged.  I loved seeing the characters evolve throughout the story.

For Him and My Family, July 6

Because I said so — and other adventures in Parenting, July 11

Through the Fire blogs, July 13

To celebrate her tour, Ronie is giving away the grand prize package of an Exclusive Signed, Sprayed-edge Edition of SHADOW OF HONOR, a candle with a custom fragrance connected to Shadow of Honor, a gaming mat with a custom Laura Hollingsworth Illustration of Kardia, and a three-pack character card set for SHADOW OF HONOR!!