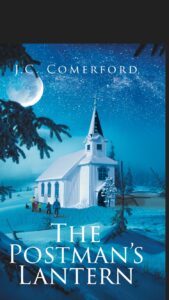 During a devastating Christmas Eve snowstorm, John the postman arrives at his last stop, at the steps of the Frost family. Here, he rediscovers a stowaway letter in his mailbag, not for his route. It’s a letter from a hospitalized grandfather, to a very special grandson. John feels obligated to make the delivery. His unselfish act of kindness leads him, and then the Frost family, on an unforgettable journey across a seemingly endless track of farmland. Little does John know what he’s actually carrying. The lantern he carries becomes a mystery that guides their way through astonishing events. They finally arrive at the Evans house, where they find themselves before an extremely sick boy, a mother’s pain, and the mystical workings of God. 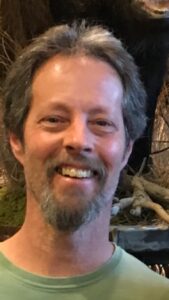 John Charles Comerford grew up playing hard, on the streets and fields of Washington Township, New Jersey. He attended Our Lady of Good Counsel Grammar School through 8th grade. He then jumped across the street to attend Westwood High School, where he soon began playing guitar and composing songs at the age of sixteen. Writing short musical stories would soon turn into a more involved field of composition, as he later attended Bergen Community College in Paramus, NJ. Here, he developed a desire to become a paperback writer. While attending college, he took a job with the US Postal Service as a mail carrier and is still delivering, thirty years later. He is still a performing musician and a recording artist on itunes. He now resides in Pawling, New York with his wife Bridget and his son Jack.

I was just a little kid at the time. The temperature outside was 93 degrees.  I had awakened earlier that day, because it was a Saturday. I wanted to catch some early morning cartoons, instead of lying in bed, waiting for my dad to give out chores for the day. I knew it was going to be a hot one, and I dreaded going outside.

Before long, there I was slapping paint on the side of my house. Soon after, I was weeding and watering the front lawn before it reached into the 90’s. At about 12:00, I went inside to cool off. I ate some lunch and relaxed a bit, listening to the “Boston Pops” my dad had put on.

From a calm and collective state of mind, I was suddenly burdened by the noise of my barking dog, at the front window. I went to the front door and opened it wide. As I looked up, the mailman was looking down. His face was dripping sweat, and his uniform was soaked. He had a big smile and said, “Too hot to play today.” He laughed a bit and handed me the mail. I heard my mom and dad yell out “Thank you, do you need a cold drink at all?” He said “I’m all set but thank you.” He moved on, while adjusting that full bag of mail that he was carrying around his shoulders.

It was then that I decided I would never become a mailman. God, no, not this kid. That was no easy job.

14 years later, I was working for the post office, with a packed satchel around my neck, and a can of pepper spray, to boot. I was now walking that mile, in my old mailman’s boots. Many times I’ve prayed to God for help and to keep me from dozing off in trucks that reached 120 degrees inside. I prayed for help from dog attacks that would occur five times a day at least. I prayed for help from the pain you feel when it’s 30 degrees to 20 below and you’re soaked from rain. Your fingers are ready to fall off after being soaked from the rain or as they burn to the bone.

So I wrote my book, seeking the world’s attention to the mail carrier’s integrity, and a forever caring attitude to those who patiently await their arrival.

The Postman’s Lantern is Christian Children’s Fiction story that is written by J.C. Comerford.

I chose to read this book with my 8 and 10 year old sons. I should have pre-read it before reading it together but it opened up some discussion between myself and my children.

In the beginning pages of this book there is a phrase that some may say take the Lords name in vain. The phrase says “My God”.  We paused with reading and had a discussion to the appropriate use of God and how this was not an appropriate use of his name. That being said I want to warn parents that may read this with their children since we are approaching the holiday season.

Overall, we enjoyed this story.  It is a heartwarming story about a community coming together to get a letter delivered in time. The boys and I were able to read together and finish it in a few hours.

While the book is only 64 pages it has a lot of story packed into those pages. The characters are well developed and the story moves along quickly.

For the Love of Literature, October 8

To Everything There Is A Season, October 16

Because I said so — and other adventures in Parenting, October 18

Cats in the Cradle Blog, October 19

The Meanderings of a Bookworm, October 20

For Him and My Family, October 20

To celebrate his tour, John Charles is giving away the grand prize package for a $50 Amazon gift card and a copy of the book!!