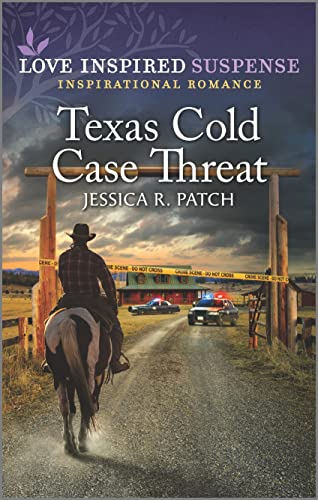 When a cold case turns hot,an isolated ranch goes from refuge…to crime scene.After a murderer sends her taunting letters, FBI behavioral analyst Chelsey Banks retreats to a friend’s ranch—and interrupts the housekeeper being attacked. When evidence connects the break-in to a cold-case serial killer, Chelsey’s best friend, Texas Ranger Tack Holliday, needs her help. With Tack at her side, this could be Chelsey’s chance to catch two killers—unless one of them gets her first.From Love Inspired Suspense: Courage. Danger. Faith. 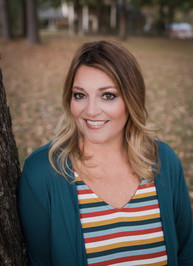 Publishers Weekly Bestselling author Jessica R. Patch is known for her dry wit and signature twists whether she’s penned a romantic suspense, a cold case thriller, or a small-town romance. When she’s not getting into fictional mischief with her characters, you can find her cozy on the couch in her mid-south home reading books by some of her favorite authors, watching movies with her family, and collecting recipes to amazing dishes she’ll probably never cook. Sign up for her newsletter “Patched In” at www.jessicarpatch.com. Jessica is represented by Rachel Kent of Books & Such Literary Management.

Texas Cold Case Threat is book one in a new series, Quantico Profilers, that is written by Jessica R. Patch. This can also be read as a stand alone. Jessica brings back some of the secondary characters from her previous books and they finally get their own story. This is Tack and Chelsey's story.
Chelsey is  a FBI behavioral analyst. She prides herself on being top of position. When one of her profiles she assisted with turns out to be wrong, and an innocent man dies in prison, the real killer is out there, and is sending Chelsey threatening letters. She retreats to Texas and stays on a friends ranch. Her best friend, Tack Holliday, who is now a Texas Ranger asks for her help on some of his cold cases. Chelsey finds herself in not only one but two killer's sites. Tack's cold case turns hot again when Chelsey walks in on him.
Chelsey and Tack have been through a lot together. They have always been the best of friends, however both are harboring secrets from each other. Tack knows that he needs to protect Chelsey, but Chelsey can be stubborn and feels she can protect herself.
This book will take you on an adventure. You will go on a lot of twists and turns. When I thought I had it figured out, boom another twist in the story. I did not figure it out until the killer/killers were revealed. The characters were well written and the story line suspenseful and adrenaline pumping. I enjoyed seeing familiar characters. This has to be my favorite Patch book yet!
I received a copy of this book through the author and publisher, all thoughts are my own.
Posted by Connie Hill at 10:00 PM