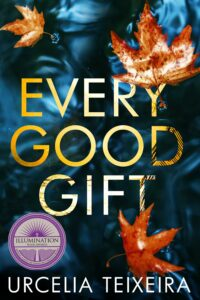 Find the truth, or die trying!

A childhood tragedy almost destroyed his life. A tragedy everyone thought was just an accident.

So, Adam Cross rebuilds his life in a small coastal town on the East Coast, pastoring The Lighthouse mission. The close-knit community of Turtle Cove surrounds him, he has his beautiful wife, Ruth by his side, and the delight of their little girl, Abigail. And he has his faith. Life could not be more perfect.

Until another accident happens. Except, this time, all evidence indicates that something far more sinister is behind it.

And while Adam struggles to pick up the pieces once again, he sets off in search of the truth behind the accidents—oblivious to the danger that awaits him. But what he discovers during his soul searching journey far exceeds anything he could have ever imagined.

Lurking in the shadows is an enemy no one knew or saw coming. One who has been waiting decades to take what is his, to take revenge.

If you enjoy reading faith-filled suspense fiction that grips you from the first page, then you will love this inspirational, fast-paced Christian suspense! Full of mystery, twists and turns to keep you guessing until the very end, this first in series will not disappoint!

Are you ready to see why readers could not put this book down? 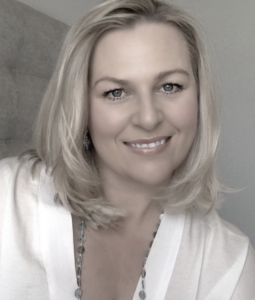 Urcelia Teixeira writes gripping Christian mystery, thriller and suspense novels that will keep you on the edge of your seat! Firm in her Christian faith, all her books are free from profanity and unnecessary sexually suggestive scenes.

She made her writing debut in December 2017, kicking off her newly discovered author journey with her fast-paced archaeological adventure thriller novels that readers have described as ‘Indiana Jones meets Lara Croft with a twist of Bourne.’

But, five novels in, and nearly eighteen months later, she had a spiritual re-awakening, and she wrote the sixth and final book in her Alex Hunt Adventure Thriller series. She now fondly refers to The Caiaphas Code as her redemption book; her statement of faith. And although this series has reached multiple Amazon Bestseller lists, she took the bold step of following her true calling and switched to writing what naturally flows from her heart and soul: Christian Mystery and Suspense.

The first book in her newly discovered genre went on to win the 2021 Illumination Awards Silver medal in the Christian Fiction category and the series reached multiple Amazon Bestseller lists!

While this success is a great honor and blessing, all glory goes to God alone who breathed every word through her!

A committed Christian for nearly twenty years, she now lives by the following mantra:

“I used to be just a writer. Now, I am a writer with a purpose!”

Sign up to her Newsletter to receive updates – https://signup.urcelia.com

Many years ago God gave me a prophetic scripture through which He named me Hephzibah (meaning ‘My delight is in her’). Some time after that, life happened and for a long while I felt unworthy of that name.  But, God showed me grace in this area for the nearly ten years that followed and, although I never aspired to be a writer, I wrote my first ever book on a bucket list whim in December 2017. Somehow it evolved into a series, but, while writing the fifth book in my Alex Hunt adventure thriller series, I felt the Holy Spirit nudging and directing me into using my God-given talent for enhancing His Kingdom instead.  I obeyed and wrote the final book in that series, The Caiaphas Code, as my statement of faith before switching to writing Christian mystery and suspense instead.  Two days later, the idea for Every Good Gift was born and the day I finished writing the last sentence of this book, I heard the Lord whisper in my ear, Hephzibah, Hephzibah, over and over.  That has been the most noteworthy highlight of my short career so far: knowing that I have pleased God.

Every Good Gift is the first book in my three-book Adam Cross Christian Suspense series. I loved writing this book!  It’s a poignant but suspenseful tale about a young pastor who had lost both his parents in a car accident as a child, then faces adversity for the second time when a horrific accident claims the lives of his wife and daughter.  As he clings to his faith, searching for answers, he discovers his parents’ accident wasn’t an accident after all.  The more he digs for the truth, the more secrets he uncovers and the more he learns of his past, God’s grace, and ultimately, his gifting.  There are lots of twists and turns and a few tears along the way as the mysteries unfold.

This book went on to win the silver medal for Christian Fiction in the 2021 Illumination Awards.

May you be blessed with reading this book, just as I have been while writing it.

Every Good Gift is a Christian Suspense book that is written by Urcelia Teixeira. This is the first book in the Adam Cross suspense series. This is the first book that I’ve read by this author and it won’t be my last. This book took me on such an adventure that I wasn’t prepared for. I would think that it was going one way, and boom it would go in a complete different direction.There’s so much to unpack. Adam Cross has been a pastor at the Lighthouse for awhile. Every morning he goes to and spends time with God by the shoreline of Turtle Cove. One morning this turns tragic. Adam feels like he has lost his will to live. He also feels he is losing his faith. Those who are close to him rally around and try to bring him back to God.Then other secrets start to come to light. Weird and scary things start happening to those who have found healing in Turtle Cove. While this is a Christin suspense story, the author created characters that have damaged and broken pasts. I love books that don’t have cookie cutter Christian characters. They have layers we start to peel back. Layers of hurt, anger, and sadness.We also learn that Adam’s parents were killed in a car accident. We learn that it may not have actually been an accident. Adam has really no memories of them just fragments of memories. After the devastating tragedy he starts to remember more and more. Which leads him to wonder who he was and where he came from.The author did a good job Biblically backing up the story. While Adam is a pastor it shows him also wrestling with God and showing he’s human. There’s definitely a lot of layers to our characters and I’ll be on the lookout for the next book. I’m hooked! I’ve gotta know what happens.Thank you to the author, publisher and Celebrate Lit for allowing me to read a copy of this book. All thoughts are my own.

For Him and My Family, August 22

Because I said so — and other adventures in Parenting, August 26

Spoken from the Heart, August 28 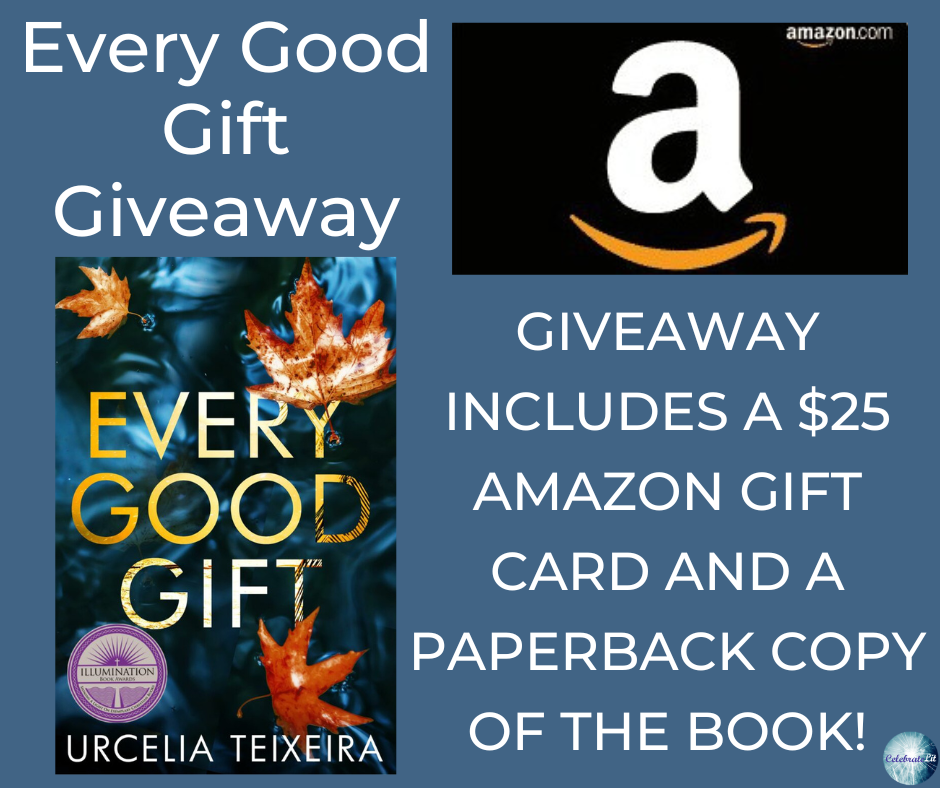 To celebrate her tour, Urcelia is giving away the grand prize package of a $25 Amazon Gift Card and a paperback copy of the book!!