Book: Not Dead Yet 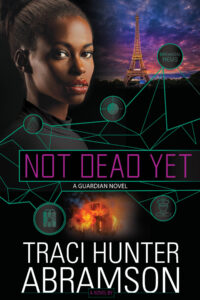 Cassidy Edgemont has been dead for four years. At least, that is what the world has been led to believe. After becoming unwittingly entangled in a group called the Coalition, known for using fake news to generate political unrest in the United States, Cas was offered a devastating choice: stage her own death and join her rescuers, the guardians, or risk the wrath of the organization she betrayed. She chose death.

As an invisible government operative, Cas has been living in Paris with no complications—until her family pays an unexpected visit to the European city, changing everything. They think Cas is dead, and she has to keep it that way. But when a bomb is detonated nearby and fake news incites riots in the city, Cas recognizes the mark of the Coalition.

Donovan, a fellow guardian, is summoned to join her in Paris to attempt to untangle the intricate web linking Cas’s past with the recent bombings. But as the threat level escalates, Cas must again make an impossible decision: face possible exposure to her family in her race to uncover the truth or risk the loss of innocent lives. 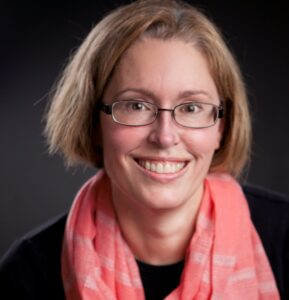 Traci Hunter Abramson was born in Arizona, where she lived until moving to Venezuela for a study-abroad program. After graduating from Brigham Young University, she worked for the Central Intelligence Agency for several years, eventually resigning in order to raise her family. She credits the CIA with giving her a wealth of ideas for suspense novels as well as the skills needed to survive her children’s teenage years. She has gone on to write a number of bestselling suspense novels that have consistently been nominated as Whitney Award finalists. She considers shoes an optional accessory which became evident when she won her first three Whitney Awards in 2013 (Code Word), 2014 (Deep Cover), and 2016 (Failsafe.) Safe House won Whitney Awards for both the mystery/suspense category as well as 2017 Adult Novel of the Year. She added two additional awards in 2019 (Mistaken Reality – best mystery/suspense and Sanctuary – Adult Novel of the Year.) She currently lives in Virginia with her family where she enjoys sports, travel, writing, and coaching high school swimming.

Paris anyone? After years of restricted travel and various COVID-related challenges, I needed to spend some time back in a city I love, even if it was only as part of my fictional world. Add in my years working with the CIA, and Not Dead Yet was born.

While Not Dead Yet is technically the sixth book in the guardian series, all of these books are written as stand-alone novels, which simply visit some characters from previous novels and sometimes introduce characters that will be featured in the stories to come.

Not Dead Yet was particularly enjoyable to write, not only because it gave me an excuse to revisit my photos and memories from my most recent trips to Paris, but also because of the parallels that naturally occurred with my own life.

Cas, the main character, is the first female guardian in my fictional top-secret program of government operatives who strive to serve and protect U.S. intelligence and military personnel. When I worked for the Central Intelligence Agency, I often attended meetings in which I was the only woman in the room. Respect and loyalty had to be earned regardless of gender, and I was fortunate to work with some amazing individuals over the years. Some of those treasured work relationships come through within the pages of this book.

Another similarity to my own background is Cas’s family dynamics. She has her parents and a younger sister, which mirrors my own early childhood. Her family is often in the public eye because of their association with the media industry. While I didn’t come from the extreme wealth and fame as my character did, I do remember well what it was like to have a mom on television (The Home Hunter in Phoenix, AZ) and to have a sister working in the entertainment industry. While my sister (Tiffany Hunter) has taken over The Home Hunter in recent years, a few of her earlier positions included serving as the backstage coordinator for the Grammys as well as working as Bill Murray’s personal assistant.

Not Dead Yet blends many experiences from my past with the events of the present and the ever-present question of What if? I hope you all enjoy reading it as much as I enjoyed writing it.

Not Dead Yet is book 6 in the Guardians series that is written by Traci Hunter Abramson. I believe that this is the first book by this author that I have read - and it will NOT be my last. While this is part of a series, I did not have any problems following along. It seems Cas may have been introduced in another book - but this was her story.  One of the things that I will say is make sure you have a good chunk of time once you start this book. You WILL NOT want to put it down.

Cassidy Edgemont has been dead for four years. At least, that is what the world has been led to believe. She is currently living in Paris. However, her family takes a trip there and Cas finds herself having to go on the run with another Guardian, Donovan. Cas is not sure how her family got into Paris without all her alerts she set up going off. She and Donovan find out quickly that someone knows she is alive -and will not stop until they eliminate her.

The author took me on several twists and turns throughout the story. I thought I had it figured out and boom another possibility. I hope to read more of this series, this book was definitely one that I will remember.

The characters are well written - the story line believable. I liked the chemistry between Cas and Donovan.

Thank you to the author, publisher and Celebrate Lit for allowing me to read a copy of this book all thoughts are my own.

For Him and My Family, August 6

Inside the Wong Mind, August 10

Because I said so — and other adventures in Parenting, August 11

To celebrate her tour, Traci is giving away the grand prize package of a $25 Amazon Gift Card, Signed Book, Matching bookmark, Matching pin, and Matching stickers!!