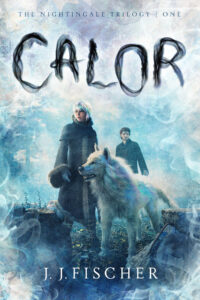 What if you could edit memories with a single touch?

The world-that-was is gone, lost to everything except living memory . . . but remembering comes at a terrible price. Sixty-two years after the apocalypse, a new society has emerged from the ashes of the old world where highly valued memories are traded and nostalgia is worth dying—and even killing—for.

Enslaved by a cruel master, Sephone Winter is forced to use her rare ability to manipulate memories to numb the darkest secrets of the ruling aristocracy.

Then Lord Adamo appears, speaking of a powerful relic capable of permanently erasing memories and recovering Sephone’s own lost childhood. But not everything about the young lord is as it seems, and soon Sephone must choose between helping Lord Adamo forget his past or journeying deep into the land of Lethe, where the truth about who she really is might finally be revealed . . . and a long desired future restored. 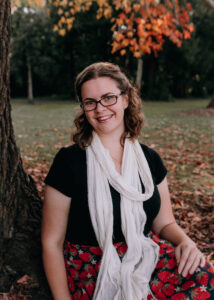 J.J. Fischer’s writing dream began with the anthology of zoo animals she painstakingly wrote and illustrated at age five, to rather limited acclaim. Jasmine began writing her first proper novel at age fourteen, which eventually became her debut fantasy series, The Darcentaria Duology, which was published in 2021. She is a clinically-trained psychologist but no, she cannot read your mind. When she isn’t killing defenseless house plants, Jasmine enjoys devouring books, dabbling in floristry, playing the piano, and wishing it rained more often. Jasmine is married to David, and together they make their home a couple of hours north of Sydney, Australia.

Have you ever wondered what your life would be like if you could selectively edit your memories with a single touch? What would you choose to erase, if anything? What memories would you spotlight?

Influencing and transplanting memories is the gift of the female main character of Calor, Sephone Winter. Her gift was inspired by my own career as a clinically-trained psychologist, working with people who frequently have pasts they wish they could forget and who so often struggle to recall the good in their lives amongst all the bad. In neuropsychology we say that our minds stick like Velcro to the negative, but are like Teflon with the positive. And I think that’s very true—it’s hard to be grateful, joyful, positive, and gracious when we live in a fallen world where there’s so much sin, pain, and darkness.

Calor is a fantasy transformation of Hans Christian Andersen’s beloved 1843 tale The Nightingale (with echoes of the myths of Hades and Persephone). If you’ve never read The Nightingale, it’s worth diving into and it’s not a long story—it’s the tale of a nightingale who sings beautifully for the Emperor of China and is admired by all, only to be replaced with a mechanical, bejeweled substitute. Later on, when the substitute breaks and the Emperor lies dying, the flesh-and-blood bird returns and sings so beautifully that Death decides to spare the Emperor, and his kingdom is restored. The Emperor realizes what a great treasure he has possessed.

Calor is set in a futuristic fantasy society where people trade in memories of the world-that-was (essentially, nostalgia) because they can no longer experience it for themselves. They’re either living in the past, craving the “glory days” and immersing themselves in various pleasures, or selectively numbing bad memories, erasing everything which would take them away from the here-and-now, but at the price of their own humanity and self-awareness. You can see the obvious links to Andersen’s The Nightingale—this is a world which has embraced the imitation at the cost of the real. And though this story is fictitious, Calor really holds a mirror up to us as a society because, increasingly, I think that’s what we’re doing in the West. Our pasts are deeply painful and the future is terrifyingly uncertain, so we inhabit the space between—a space devoted to the pursuit of pleasure.

As you read Calor, I want to challenge you to think of all the times in your life when you embrace the imitation or the simulation over the real. No, I’m not talking about using fresh turmeric instead of powdered turmeric in your cooking, or throwing away your camera and basking in the mountain scenery out from behind a lens, but you get the idea. How do you rely on the world to fulfill God-shaped needs and longings? Are you dwelling among echoes of the truth rather than seeking the truth itself? To where (or to whom) does your pain drive you, and how can you let it drive you into the arms of your Creator instead?

Whoever you are, wherever you are, it is my dearest hope that this story entertains you and blesses you and encourages you, and speaks to your soul in the same way that Andersen’s tale first spoke to me.

Calor is book one in the Nightingale Trilogy that is written by J.J. Fischer. This is a fantasy story that is post apocalypse. This is not my usual genre, but I enjoyed the story and it kept my attention,

It's been sixty-two years after the apocalypse, and there is a new society that is on the rise. Sephone has a unique power. She can see others memories and has the power to twist them. Others try and find her to use her powers.

Lord Adamo is a unique character also. He can permanently erase memories. He does not remember Sephone, but she remembers him. He seeks out Sephone because there is a memory that he wants erased. He will not take NO for an answer.

The book is well written. The characters are well developed and the book draws you in within the first few pages. I cannot wait to see Sephone and Lord Adamo in the next book.

Because I said so — and other adventures in Parenting, December 27

For Him and My Family, December 28

To celebrate her tour, J.J. is giving away the grand prize package of a $25 Amazon gift card, a copy of the book, a signed bookplate, and four character art cards commissioned especially for the book release!!