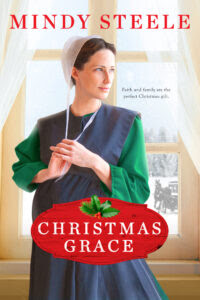 Second chances and the Christmas spirit abound in Mindy Steele’s heartwarming novel, one of faith, love, and the power of community.

Grace Miller believed herself in love with the charming Englischer who eventually broke her heart. Now alone except for the secret life growing inside her, she arrives in the unfamiliar small village of Walnut Ridge, Kentucky, to hide and hopefully gain forgiveness.   She is pleasantly surprised, however, to find a tight-knit, welcoming group who help her heart grow right alongside her belly. And with the holidays around the corner, there’s plenty of preparations to occupy her mind. Also occupying her mind? Her strong, protective neighbor, Cullen Graber, the town’s blacksmith, who seems intent on not allowing her to ever suffer alone.

Cullen Graber gave up on love after too many losses early in life. He planned to live out his days focusing on his smithy business, yet the beautiful and mysterious Grace refuses to leave his thoughts. But can they open their hearts to God’s grace and create a new family together before Grace must return home? 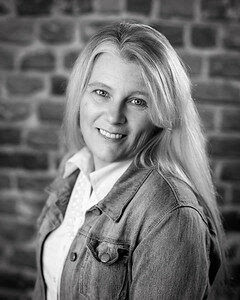 Mindy Steele writes sweet Amish fiction as well as romantic suspense. She is an author of 7 novels. The Miller’s Creek Amish series, Christmas Grace, Christmas in Cranberry, His Amish Wife’s Hidden past, and An Amish Flower Farm, releasing 2021. If not gardening or visiting her Amish neighbors, she is on the family farm writing her newest inspiration.

Behind the scenes with Christmas Grace:

Christmas Grace is written by Mindy Steele. This is a Amish Romance Story. One of the things that I appreciated about this author wrote about true things that Amish can experience. I never fully understood the process of shunning, but I know that it happens and it’s sad.

Grace is our main character in the story. She fell in love with an Englischer. However, he broke her heart and now she is carrying a secret. Jared left her once he found out she was pregnant and wasn’t willing to fulfill his promise of becoming Amish. Poor Grace. She had to face her family on her own. She is sent to a community in Kentucky.

The community in Kentucky welcomes her. Her aunt that she is sent to live with was not as welcoming and is holding secrets and grudges of her own. The nearest neighbor, Cullen is one of my favorites. He couldn’t believe that her father sent her away. He becomes very protective of Grace.

I loved this story. It pulls you in immediately. I love the characters. They are well written and real feeling. The setting is described so well that you feel like you’re there.

For Him and My Family, October 31

She Lives To Read, November 2

The Meanderings of a Bookworm, November 7

Spoken from the Heart, November 7

To celebrate her tour, Mindy is giving away a copy of her book to five winners!