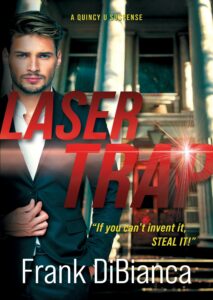 Laser Trap is a multi-layered Thriller/Suspense. Quincy University engineering grad students Dan Butler and Lana Madison are trying to unravel their mutual confusion about how attracted and attractive they are to each other, when Dan’s lab laser unexpectedly begins to produce unheard of amounts of brightness and power in its laser beam, making it a candidate for super-weapons.  StarWay Labs, an organization of criminal scientists, has been conducting research on this same phenomenon for two years, but without success. When they learn of the discovery at Quincy U, they kidnap Dan and demand he replicate his work in their secret lab.

Lana, alarmed at Dan’s disappearance, forms a high-tech team of friends to help the authorities rescue him. They make remarkable breakthroughs in tracking him down while the criminal cadre at StarWay pushes Dan close to his breaking point. The life-or-death question is whether the authorities can rescue Dan before he succumbs to his captors’ savagery.

Laser Trap is a story of love, danger, cruelty and faith that takes place on a university campus and in an invisible laboratory. 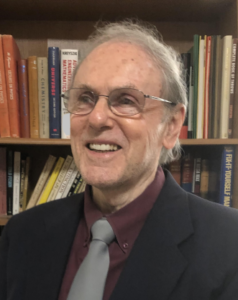 Frank DiBianca is a former medical physics and biomedical engineering teaching and research professor. He has written numerous novels and short stories in the suspense, romance and sci-fi genres. His first traditionally published novel is LASER TRAP (A QUINCY U SUSPENSE), Iron Stream Fiction (2022), a mystery and romance laden suspense. Frank and his award-winning wife, Kay, are both full-time writers who assist each other in their manuscript development.

The Seven Biggest Surprises in my Laser Trap Journey

1. The Time It Would Take to Complete the Manuscript. The first words of a romantic short story entitled The Love Coach that would eventually become the thriller/suspense novel Laser Trap were written on June 29, 2009, almost exactly thirteen years before the book was released on June 7, 2022. (I’m not superstitious.) The prolonged manuscript completion time included periods of learning how to write modern fiction, turning to several other writing projects, such as a 120,000-word sci-fi novel entitled Centaur about the threatened collision of a monstrous deep-space planetoid with the Earth, and many other writing-related detours.2. Learning a New Language: How to Write Modern Fiction. When I began this writing journey, the fiction I’d been reading was largely from the nineteenth century, including Jane Austen, Anthony Trollope, Wilkie Collins, The Brontës, and Charles Dickens. I’d never heard the literary expressions “third person close narrator, point-of-view, show-don’t tell,” and many others. My first editor, Mel Hughes, took me by the shoulders, figuratively, and patiently showed me the ropes via several manuscript rewrites based on “footser” notes of recommendations (she said humorously I was shooting myself in the foot). Would I ever learn modern fiction techniques?3. The Genre Switch Late in the Game. The book would likely not have been published by Iron Stream Media (ISM) absent two crucial people/occurrences. I met Karin Beery, Managing Editor, Guiding Light Women’s Fiction, LPC, at a writers conference in 2019. She liked my preliminary book proposal and asked me to send her a polished proposal when it and the manuscript were complete. A year later, I did that. Karin’s queue was filled, but she passed my submission on to colleague Darla Crass, Managing Editor, Lamplighter Mysteries and Suspense, LPC. Darla offered to publish the book on condition I would collaboratively rebalance the story toward more suspense compared to romance. With much joy and a twinge of trepidation, I signed the contract and the jaws of Laser Trap snapped shut—most auspiciously.4. The Number of Editors Involved. Editors are essential, but having a novel edited through multiple drafts is expensive. I expected that one or two editors would be needed. I ended up with seven. Here’s what they focused on and [who paid them]: 1) Mel Hughes -developmental editing [FD]; 2) Barbara Curtis -copy editing/proofreading [FD]; 3) Jeanne Leach -book proposal development [FD]; 4) Darla Crass -rebalancing toward suspense [ISM]; 5) Sally Shupe -general editing [ISM]; 6) Denise Loock -editing/proofreading [ISM]; and 7) the publisher’s final review [ISM]. This surprise showed the level of commitment and investment both the publisher and I made in improving and polishing the book.5. The Effectiveness of a Book Launch Team. Book launch teams were another modern device I was unfamiliar with. Working with my Author Care Specialist at ISM, I received instructions on forming a team and advice about managing one. I was fortunate to enlist thirty friends and family members who agreed to promote Laser Trap. Some of the activities they engaged in were promoting the book via email, social media and word of mouth, in addition to, as appropriate, submitting book reviews to Facebook and Goodreads. Team members were also asked to distribute digitally a two-page summary brochure on the book. The unforeseen effectiveness of the launch team is evident in its contribution to the surprising successes described in items 6 and 7.6. The Reader Reaction to the Book. The seven endorsements we received for Laser Trap were so gratifying, ISM decided to insert them verbatim in the front pages of the book. The reviews in bookselling and reviewing websites were likewise very positive. For example, over the first seven weeks from release, Amazon’s rating averaged 4.8 out of 5 stars. None of this was expected.7. Amazon #1 Best-seller Status. However, the biggest surprise of all came when Amazon ranked Laser Trap the #1 Best-selling New Release in Religious Mysteries from two days before release through the next two weeks.

So, a number of beneficial surprises that came during the development and release of Laser Trap have significantly boosted the quality and stature of the book.

I extend my deepest gratitude to the many people who contributed to my novel, especially my author-wife, Kay, and I’m eager to see what happens in the upcoming months.

Laser Trap is the debut novel by  Frank DiBianca. This book took me a few chapters to fully get into. I had a hard time understanding the jargon behind the lasers that grad student, Dan Butler created - but once everything clicked I was able to follow along a lot better. Dan is your typical science nerd and has a hard time talking to women. Lana Madison and Dan are definitely attracted to each other but it's taking them some time to sort it out. Dan's laser lab is taking off - so much so that someone has decided to kidnap him so that he can replicate his lasers.

Lana forms a high-tech team of friends to help the authorities rescue him. I like how she was able to build a team to unravel the mystery of his disappearance. There is a good balance of mystery and suspense. The author does a great job in writing in the character's Christian Faith into the story. The characters are well written.

Because I said so — and other adventures in Parenting, November 20

For Him and My Family, November 24 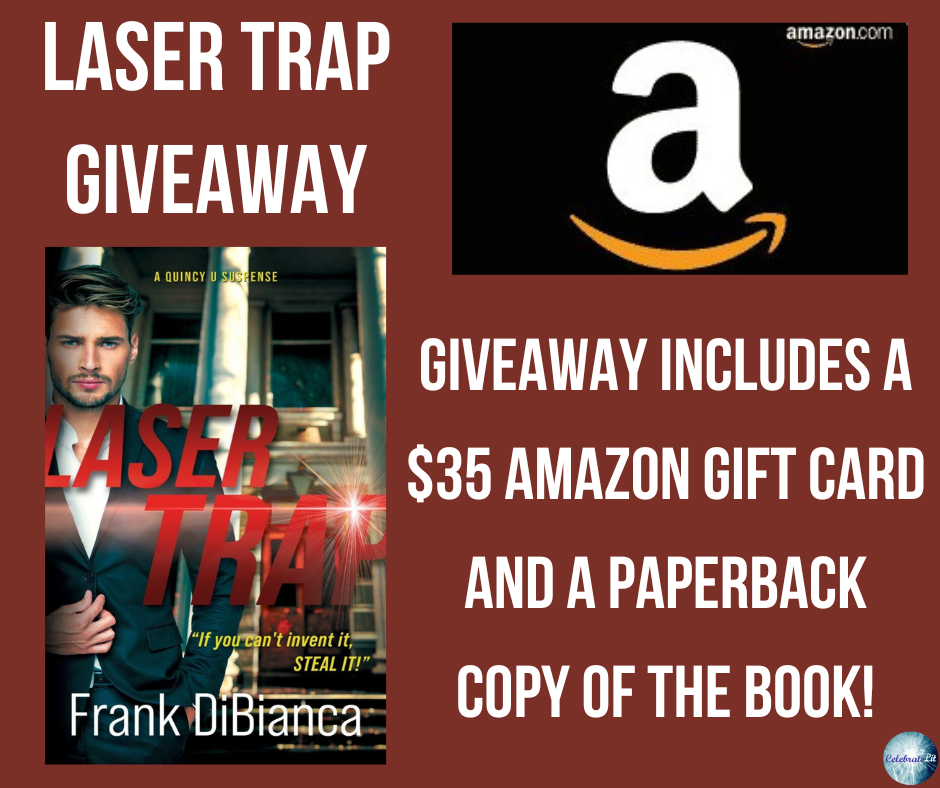 To celebrate his tour, Frank is giving away the $35 Amazon gift card and a paperback copy of the book!!