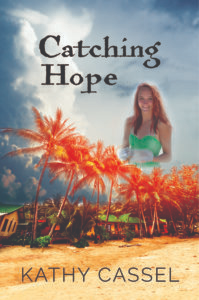 Newly adopted Lexi Michaels is taking her first real vacation as she, twin brother Levi, adoptive brother Chad, and new cousin Jen head to Haiti where their dad, a pediatrician, will be volunteering in an island clinic. But who is the man who displays such hatred for the Michaels when they arrive at their resort? Is an attempted burglary as random as it appears? Will Jen ever accept the newcomers to the family? When the four teens set out to explore Haiti’s sights and history on their own, an unexpected encounter and natural disaster plunge them into adventure and danger. With their very survival at stake, can the four teens work together or will Lexi’s dream of a “forever family” end in tragedy? 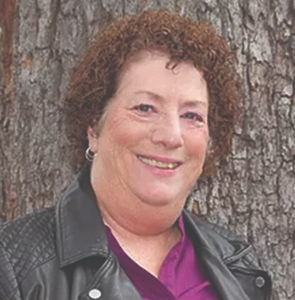 Kathy Cassel lives in the Florida panhandle with her husband and four of their eight children, five of whom are adopted. She is a motorcycle rider, scuba diver, and loves spending time with her family. Her debut novel, Freerunner, was published by Elk Lake Publishing, Inc. in 2019.

Catching Hope By: Kathy Cassel is a Young Adult Suspense book. This is the first book that I have read by this author and it will not be the last. While this is geared toward a young adult audience, the book kept my attention. In this book we meet Lexi Michaels. She has been newly adopted and is finally starting to feel like she has a family. She is on her first vacation. They are in Haiti. Her adoptive father is a pediatrician and he volunteers at a clinic there. What she did not count on is someone so set on destroying the Michaels family. Who could want to hurt them? This book sent me on an adreneline filled adventure that left me trying to uncover clues. The author has done a great job dealing with some unique characters. You don't get to read about adoptive families very much. I also like that they included volunteer work at an island clinic. This book is geared toward young adult - but can also be enjoyed by adults.

I received a copy of this book through the Celebrate Lit blogging program all thoughts are my own.

Because I said so — and other adventures in Parenting, February 25

For the Love of Literature, February 28 (Author Interview)