Book Review and giveaway - In His Presence Author: Dr. E.W. Kenyon On tour with Celebrate Lit

Book:  In His Presence 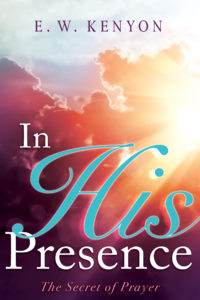 Here, at last, is a real solution to the prayer problem!

In His Presence by E. W. Kenyon is not about who others were and what they did in prayer, but about who we are and what we can do in prayer. It lifts the curtain to the Holy of Holies and reveals our ability to enter in and stand before the presence of God.

In this book, you will discover that God’s ability is available to every one of His children. You will be challenged to climb the heights and sound the depths of tremendous spiritual realities, including the authority of the name of Jesus and how to use it.

In His Presence has been a challenge and blessing to countless multitudes all over the world. It removes the mist surrounding the prayer life, leading us out of spiritual mysticism into the true light of life.

This is your invitation to open the door…enter…and stand in the Father’s presence! 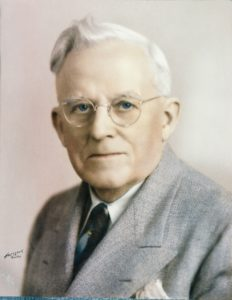 Dr. E. W. Kenyon (1867–1948) was born in Saratoga County, New York. At age nineteen, he preached his first sermon. He pastored several churches in New England and founded the Bethel Bible Institute in Spencer, Massachusetts. (The school later became the Providence Bible Institute when it was relocated to Providence, Rhode Island.) Kenyon served as an evangelist for over twenty years. In 1931, he became a pioneer in Christian radio on the Pacific Coast with his show Kenyon’s Church of the Air, where he earned the moniker “The Faith Builder.” He also began the New Covenant Baptist Church in Seattle. In addition to his pastoral and radio ministries, Kenyon wrote extensively. Among his books are The Blood Covenant, In His Presence, Jesus the Healer, New Creation Realities, and Two Kinds of Righteousness.

In His Presence by EW Kenyon is not written about what others were and did, but about what we are and can do! It is a lifting of the curtain and a revealing of the holy of holies and our ability to enter it and stand in the presence of the Father. In His Presence is a discovery of the fact that God’s ability is available to every child of God. This is your invitation to open the door…enter…and stand in His presence, in the presence of the Father!

Sometimes I can struggle while praying. Sometimes my voice does not have the words. However, God knows our hearts. He knows what we are trying to say.  This book shows how important it is to have a full relationship with the Father, Son and the Holy Spirit. Sometimes we as Christians can forget one of the three. This book answers some questions of "Why didn't God answer my prayer?" This is something that some Christians struggle with, This book is backed by scripture. While it was written by someone that was right after the Civil War ended all of the principles he talks about are relevant to today. This book is aimed toward those who have been Christians for a bit - it may be a bit deep for those who are just discovering their relationship with Christ.
I received a copy of this book through the Celebrate Lit Blogging program --- all thoughts are my own.

For the Love of Literature, January 14

To celebrate their tour, Whitaker House is giving away the grand prize package of a $20 Starbucks gift card and a copy of the book!!